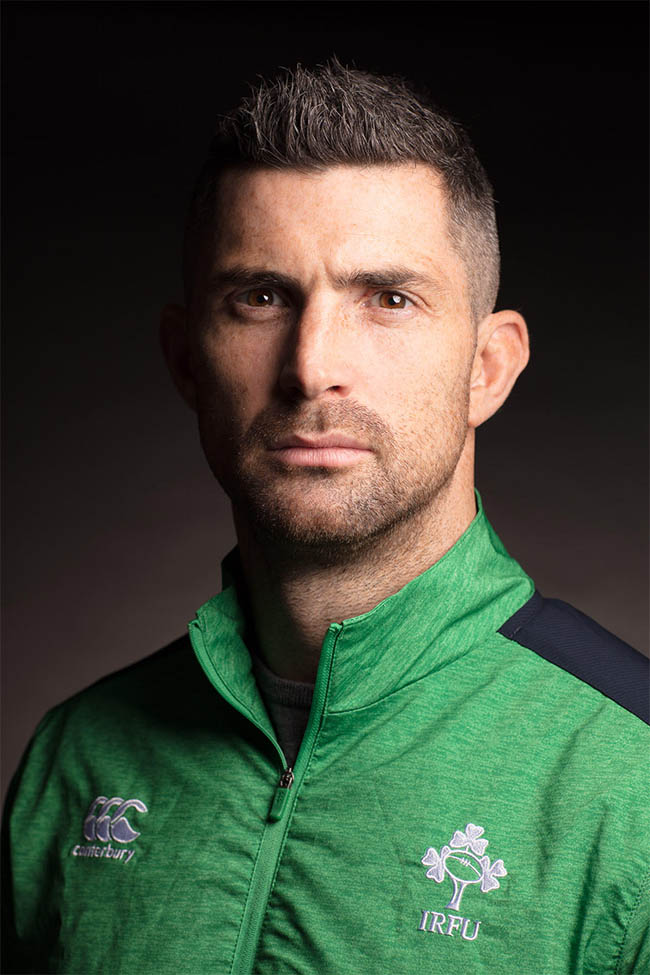 Reach Sport is delighted to announce it will be publishing the autobiography of rugby legend Rob Kearney.
‍
Kearney is the most decorated Irish rugby player in history, winning two Six Nations Grand Slams and four European titles during a 15-year career at the very top of the sport, which included two tours with the British and Irish Lions.

One of the most respected and revered names in the professional era, Kearney took the art of full-back play to new heights in the No.15 jersey and his longevity, durability and dedication mark him out as a special man – on and off the pitch.

Now, in 'Rob Kearney: No Hiding – My Autobiography', he will bring to life the players, the coaches, the matches and the moments that helped define his career.

Kearney provides an unflinching, revealing account of life in a Leinster and Ireland shirt, the highs and lows of his profession and wonderfully details the hard work – and the fun – that took place behind the scenes in his decade-long pursuit of glory.

Kearney said: 'I am really looking forward to getting my story out there. I've had many unforgettable experiences and I'm enjoying reliving some amazing memories. It will be an honest book. I want to give people a real insight behind the scenes and reflect on what has been an incredible journey that I've shared with some special people.'

Reach Sport will once again be working in partnership with leading publishing agency Gill Hess Ltd. 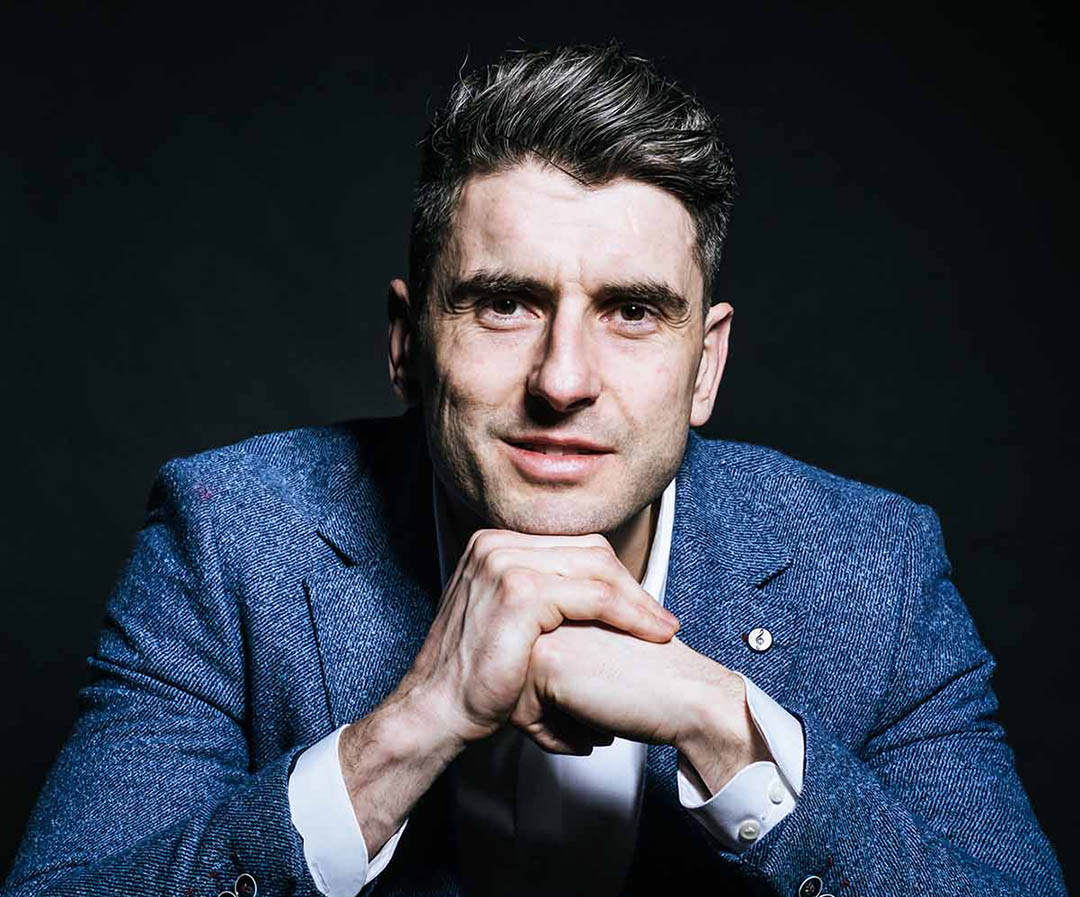 Reach Sport is delighted to announce that it will be publishing Bernard Brogan’s autobiography this year.
‍
‍For much of the past decade, Brogan was the headline act of Gaelic football for his remarkable forward play, scoring feats and role in helping transform Dublin into the most dominant team the sport has ever known. By the time of his retirement last October, he had contributed to seven All Ireland titles, five National Leagues as well as winning four All Stars, Footballer of the Year honours and captaining his country in a victorious International Rules series.
‍
Yet despite reaching the pinnacle of the sport, Brogan has encountered his fair share of setbacks along the way. His honest and revealing autobiography chronicles every step, lifting the lid on a fascinating journey that culminated in Dublin’s historic Five In A Row.

Brogan said: ‘I’m delighted to announce that I will be telling my story. I am immensely proud of my career and I want to give everyone a heartfelt and honest insight into my life in blue, my passions off the pitch and the personal challenges I faced.’

In writing his book, to be published on September 10th, Brogan will be collaborating with Kieran Shannon, the Irish Examiner columnist and co-author of such books as Kieran Donaghy’s autobiography which won the 2016 eir Sport Sports Book of the Year, also published by Reach Sport.
‍
Reach Sport has published other well-acclaimed Irish sports autobiographies in recent years such as that of Jackie Tyrrell and Eoin Larkin. We will once again be working in partnership with leading publishing agency Gill Hess Ltd.

Juan Mata has released his autobiography with Reach Sport, Suddenly A Footballer. To launch his book, Juan spent three hours meeting fans and signing hundreds of copies in Waterstones in Manchester - just one day after the book went on sale.

Juan Mata is proud to support Common Goal which aims to unite the global football community in tackling the greatest social challenges of our time. He is giving 99 per cent of his proceeds from this book to this cause. Watch this video to hear him talking from the heart about his charity and how his new book is helping the cause.
‍
Purchase your copy here

Reach Sport have released the autobiography of football legend and England hero Michael Owen - and, as predicted, it quickly became one of the most talked-about football books in recent years! Jumping right into the number one bestseller slot on Amazon's football chart, Reboot launched with an event organised in conjunction with Lingham Books. Michael was joined by Match of the Day's Steve Bower for a talk and Q&A attended by fans and the media.

Working with the Champions 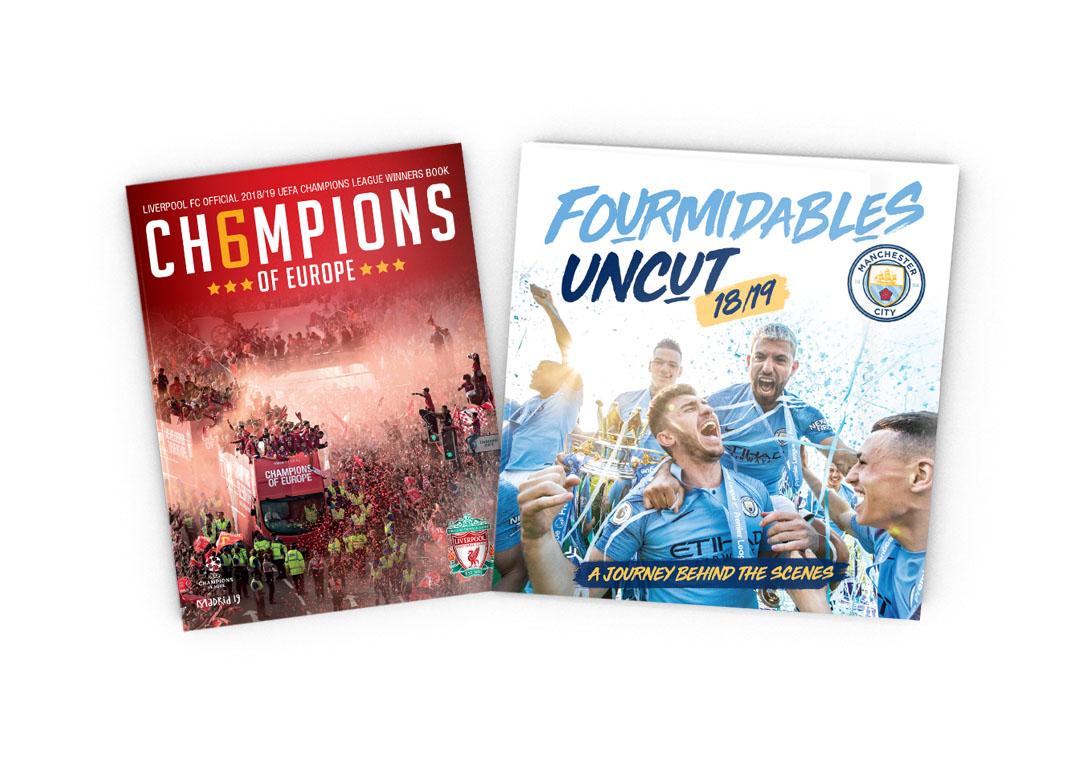 Reach Sport ended the 18/19 season producing not one but two official club books to celebrate the triumphs of Liverpool FC and Manchester City.
‍
CH6MPIONS OF EUROPE features every LFC goal, every magical moment from Salah, Mane, Firmino and co, the unique Kop banners and songs along the way, reaction from Jurgen Klopp, his players and LFC legends, insightful interviews and striking photography from their memorable Champions League win.

Fourmidables Uncut 18/19: A Journey Behind The Scenes is the ultimate souvenir for any fan wanting to revel in the unforgettable achievements of a truly historic season winning four trophies including the Premier League for the second year in a row. 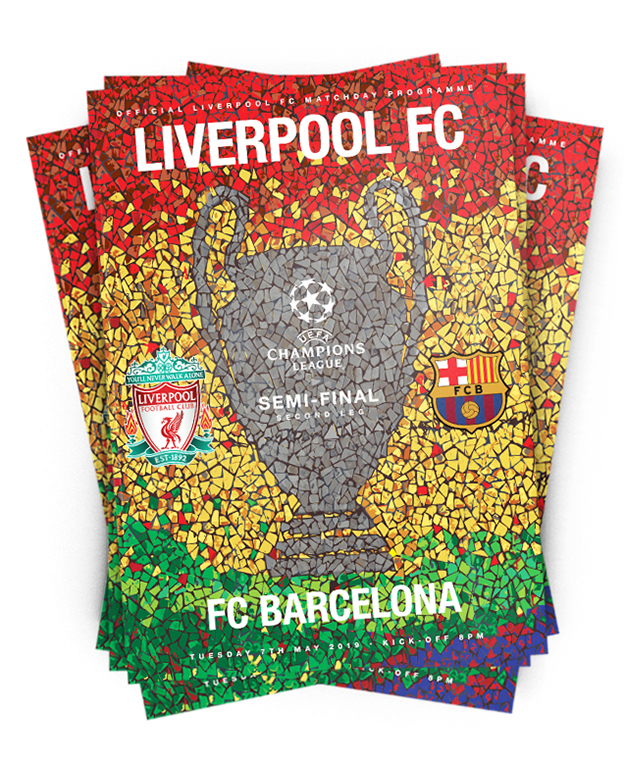 Liverpool Football Club staged one of the greatest comebacks in European football history against Barcelona to reach the final of the 2019 Champions League and our unique programme design has also proved a winner. The concept behind the cover art takes its inspiration from the colourful tile-shard mosaics found on modernist architecture in the city of Barcelona, notably in Gaudi's world-famous Park Güell, incorporating shades of Liverpool red and Barça's distinctive blue-and-garnet. The large format special edition programme sold well on the night inside the ground and our outer-stadium operation ensured optimum availability for fans. We followed up with record post-match online sales as fans hunted for a souvenir of the historic game. 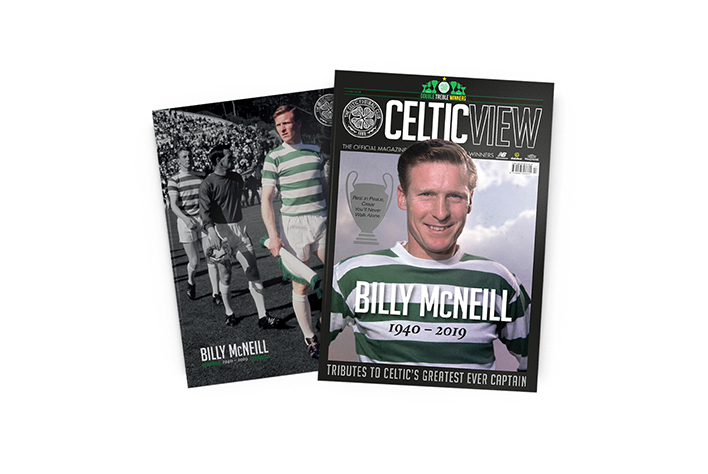 As the official publishing partners of Celtic Football Club, Reach Sport were proud to produce a magazine and programme tribute to the club's legendary European Cup-winning captain Billy McNeill, who sadly passed away in April.

We reacted quickly to the news and worked closely with Celtic's editorial team to produce a special edition of the Celtic View, which went to print within 24 hours and hit the shelves later that week. For the club's home game against Kilmarnock the following weekend, we also produced a tribute programme, which was well received by the fans. 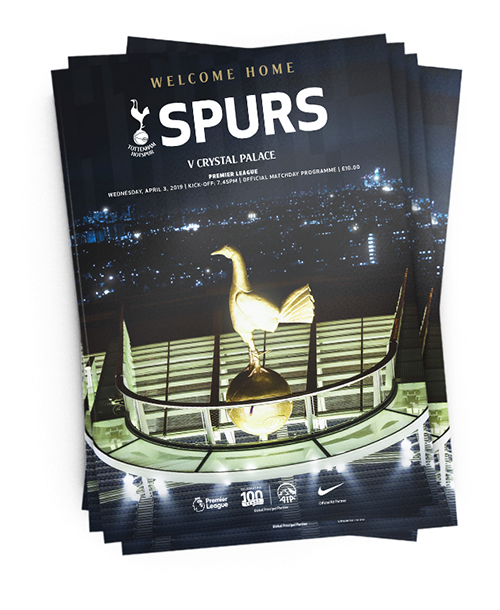 The premium 124-page A4 publication has proved extremely popular with fans who attended the game against Crystal Palace on Wednesday, April 3rd.

As the official publishing partners, Reach Sport worked closely with the club to design a front cover that captured the excitement of the stadium’s big opening night. A spectacular image from a club-commissioned drone took centre stage, with further exclusive pictures and stories inside the programme telling the fascinating story of the stadium’s construction.

In addition to match night sales, the publication was proactively marketed and sold in high volumes through both club and Reach Sport channels. The overall success of the operation once again showcases Reach Sport's ability to react smartly and creatively, working closely with major sports clients to celebrate special occasions. 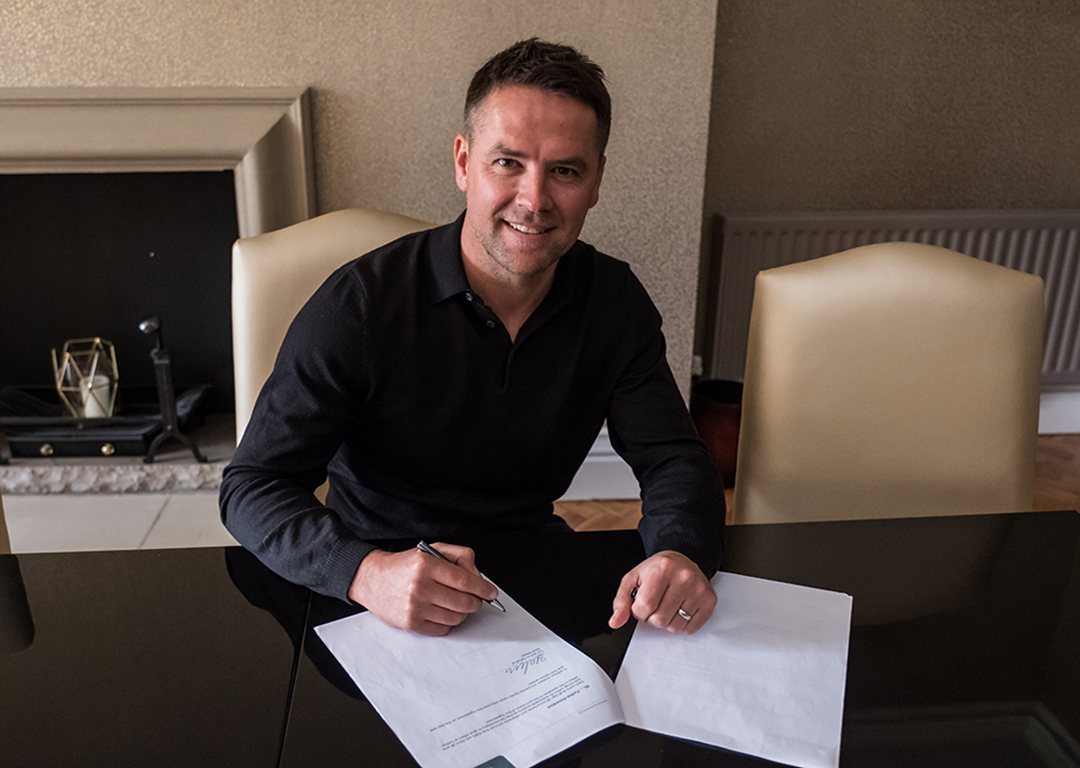 Reach Sport has signed an exciting book deal with Michael Owen. The football legend's new autobiography is set to be one of the most talked-about sport titles of the year. 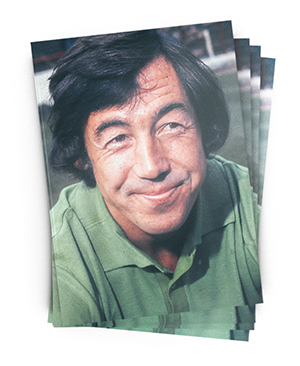 Gordon Banks OBE, one of the heroes of England’s 1966 World Cup triumph was celebrated in a special tribute edition of the Stoke City matchday programme for the game against Aston Villa on February 23rd. The programme, featuring a poignant image of Gordon on the front cover, with no words, club logo, fixture details or sponsors, marked his sad passing at the age of 81 prior to the fixture. It completely sold out on the day and has had to be reprinted due to ongoing demand. Widely regarded as one of the game’s greatest ever goalkeepers, he made almost 200 appearances for Stoke between 1967 and 1973 and since 2000 had been Club president. A key member of the Potters’ 1972 League Cup winning team, he made Stoke-on-Trent his home and until recently, regularly watched games at the bet365 Stadium. 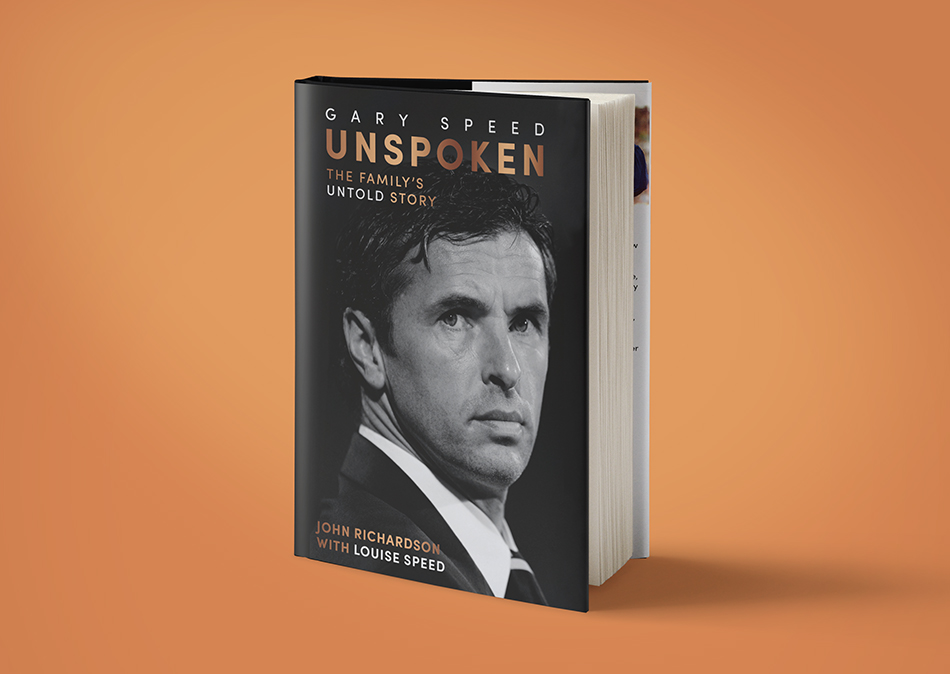 A substantial donation from the proceeds of 'Gary Speed: Unspoken' by John Richardson has been made to CALM. The donation was made on behalf of Louise Speed, the widow of the football legend who tragically took his own life in 2011. Reach Sport published the best-selling book in 2018. Louise joined with family and friends to tell their moving, personal story and pay tribute to the former Leeds United, Everton, Newcastle United, Bolton Wanderers and Sheffield United midfielder who played for and went on to manage Wales. CALM aims to tackle mental health issues and is leading a movement against male suicide, which it says is the 'single biggest killer of men under 45 in the UK'. 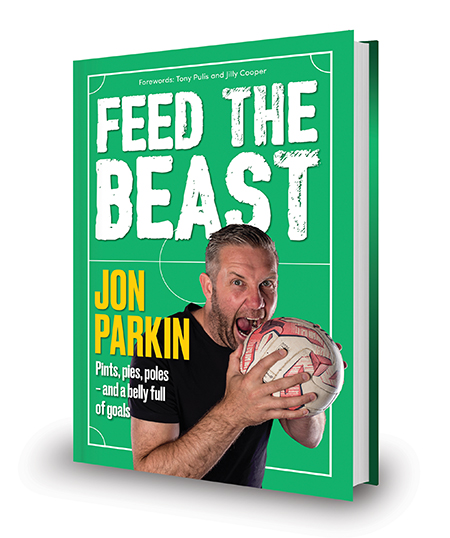 Jon Parkin’s hilarious and no-holds barred life story ‘Feed The Beast: Pints, Pies, Poles and a Belly Full of Goals’ is now available on audiobook. It’s well worth a listen…